From Grief to Gratitude 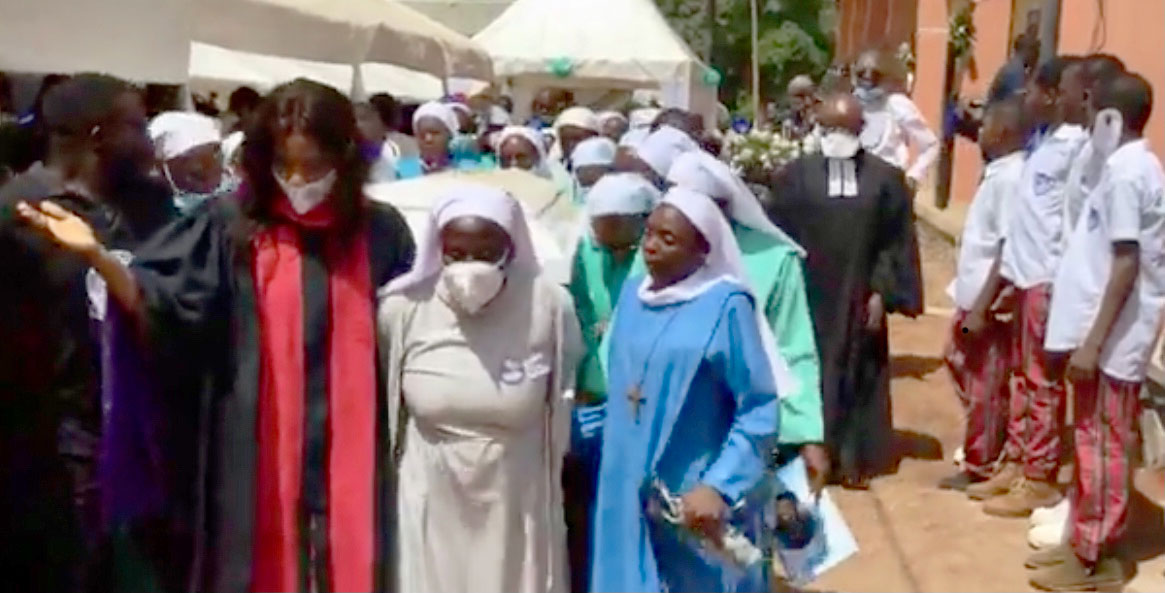 Hundreds of mourners gathered under tents on the Good Shepherd Home campus as family, religious and many friends paid tribute to the life and work of Sister Jane Mankaa. The dais was crowded with clergy from many faith communities as well as local and regional government dignitaries, including the Governor of the NW Province, a fitting tribute to the woman known beyond Bamenda and her village of Bafut as the Mother Teresa of Cameroon.

Each speaker gave witness to Sister Jane’s remarkable life, well lived in God’s service. Good Shepherd SLF was represented by remarks from our Board Chair, the Reverend Canon Elizabeth Geitz, Sister Jane’s dear friend. “She exemplified a life of never-ending service to God and realized a number of far reaching visions.” View her brief tribute >>

The service was frequently punctuated by joyous choral singing from three separate choirs including a children’s choir from Good Shepherd Home whose young voices praised their Mama Jane. Both the singing and the colorful, traditional Cameroonian garments gave the memorial service a celebratory air that Sister Jane would have enjoyed.

Sister Jane was laid to rest on the Good Shepherd Home campus where she will be remembered by generations of children to come as her work will continue under the direction of the Sisters of Bethany and her family.

Good Shepherd SLF announced two initiatives to continue Sister Jane’s mission in Cameroon. An annual cash prize, the Jane Mankaa Prize for Community Service, will honor an individual or organization who exemplifies self-sacrifice in service to others. The award will be open to applicants from throughout NW Cameroon.

Good Shepherd SLF has also announced their intention to construct a Memorial Chapel on the grounds of Good Shepherd Academy. While still in the concept phase, the chapel is envisioned to incorporate the work of Cameroonian artisans including wood carvers, muralists and ceramicists. The chapel will also feature some Western influences commemorating Sister Jane’s partnership with the United States in bringing her vision to fruition.

Details of both memorial projects will be featured in future posts.