Why should I care about educating children in Africa, when so many children in my own country need help?

Educating children in developing countries helps tackle some of the global challenges everyone in the world needs to address:

• Preventing diseases that flow across borders
• Protecting our environment which knows no artificial borders like we have on our maps
• Enhancing global security. For example, violent extremism less often takes root in countries where there are a greater number of opportunities. Education is one of those opportunities.1

Significantly, sometimes we forget how much collective wealth we in the developed world truly have at our disposal. The United Nations Development Program estimates that Americans spend $8 billion on cosmetics each year, and that Europeans spend a total of $11 billion annually just on ice cream and $50 billion each year on cigarettes.

In contrast, globally we would only need $6 billion annually to provide basic education for everyone, and $9 billion to provide clean water supplies and sanitation facilities to people living in extreme poverty. These facts show that we do indeed have the money to make small lifestyle changes that can radically improve the quality of life for the world’s neediest people without diminishing the quality of our own lives. These conscious changes can profoundly increase our ability to give with no inconvenience to ourselves.

In The Life You Can Save, Princeton philosopher Peter Singer tells the story of a man walking by a pond dressed for work who sees a drowning toddler. Will he jump in the pond to save the child’s life, becoming soaked and making himself late for work? Of course he does, as would most of us. Yet how many children die every day from hunger and the effects of poverty in developing countries because we ‘walk on by’, not giving of our excess?2

1Rebecca Winthrop of the Brookings Institute on the video “The Education Crisis in Developing Countries”
2Peter Singer, The Life You Can Save, New York: Random House Publishing Group, 2009 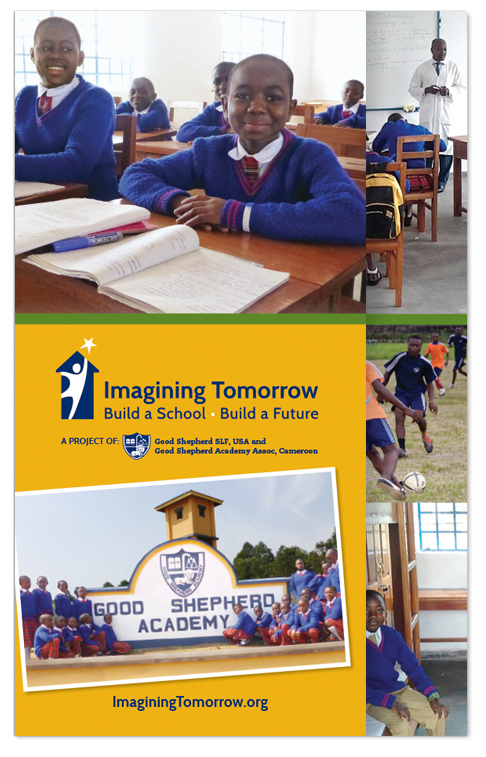 What is the educational situation in Cameroon?

Without additional schooling children are at high risk for repeating the cycles of poverty, becoming prey to human traffickers, experiencing early and unplanned pregnancies, and surviving at a subsistence level.

Even those who are able to afford school fees face dismal realities and uncertain futures.

How will the projects of Good Shepherd SLF address educational inequalities between girls and boys?

“Economists see reducing sexual inequality in education as a vital part of promoting development. The failure to educate girls limits economic growth in the developing world by wasting human capital. As a result, the UN set itself the target of eliminating gender disparity in education at all levels by 2015, as one of its Millennium Development Goals… According to Britain’s Department for International Development, an increase of 1% in the number of girls with secondary schooling boosts growth in annual income per head by 0.3%. Girls’ education improves health, too. About half the reduction in child mortality over the past 40 years in Ghana can be attributed to improvements in female education.”

The student body of our initial project, Good Shepherd Academy, will be composed of 51% girls and 49% boys, reflecting the school age population. All students will be taught leadership skills.

“When Education Dries Up: The Economics of Sexual Inequality”, The Economist, November 2, 2013

What does it mean that Good Shepherd Academy is a Christian school?

As a Christian school, Good Shepherd Academy enrolls students of diverse religious, ethnic, cultural, and socio-economic backgrounds. While Christian values and principles are foundational, students of all faith traditions are encouraged to attend. Christian proselytizing has no place at GSA. Christian Education is offered and is optional. World Religions and Tolerance are mandatory, with special emphasis on Muslim/Christian relations, which is critically important in West Africa today. Students’ spiritual, physical, and emotional well-being are a focus, along with academic excellence, creative thinking, leadership skills and animal husbandry. A Christian chaplain serves the Academy and regular Christian worship services are held in The Calvary Centre. 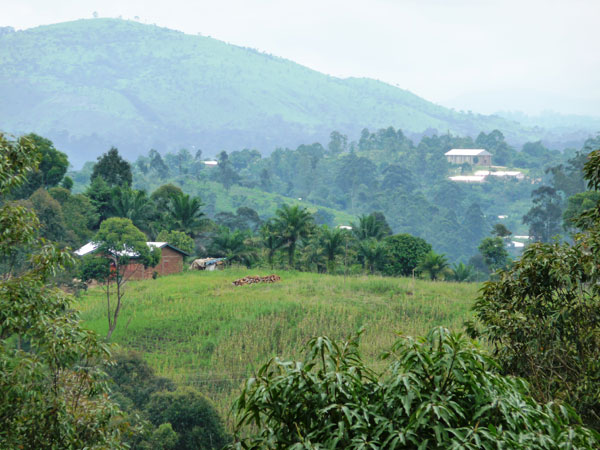 Good Shepherd SLF has had a grassroots relationship with Sister Jane Mankaa and the Sisters of Bethany in Cameroon since 2005. It is built upon the relationship that the Community of St. John Baptist in Mendham, NJ has fostered with Sister Jane since 1998. The cross cultural grassroots partnership between Good Shepherd SLF, USA and Good Shepherd Academy Association, Cameroon lies at the heart of our mission. Government to government aid has not altered the trajectory of African countries after billions of dollars have been spent.* One successful model, however, is that of working through trusted grassroots organizations where accountability is easily achieved and government red tape is circumvented. The trust at the basis of our relationship bears no price and cannot be developed on one’s own. Together, we have achieved more than ever envisioned.

With the current conflict between Francophone and Anglophone regions, partnerships such as ours are needed now more than ever. After a four-year pause due to Civil War, Good Shepherd Academy re-opened in October 2020. All campus security and Covid-19 precautions are in place.

*See Dambisa Moyo, Dead Aid: How Aid is Not Working and How There is a Better Way for Africa, (New York: Farrar, Straus and Giroux, 2010)

What financial and accounting safeguards are in place?

Good Shepherd SLF retains lawyers and accountants in both the United States and Cameroon. All books are audited annually. Financial controls and manuals are in place. A 990 Form is filed annually in the United States, in compliance with IRS guidelines. The form can be accessed from any website page on the footer. Each member of the Good Shepherd SLF Board of Directors is a financial contributor to the Foundation. You can be certain that they will manage your donation as carefully as they manage their own.