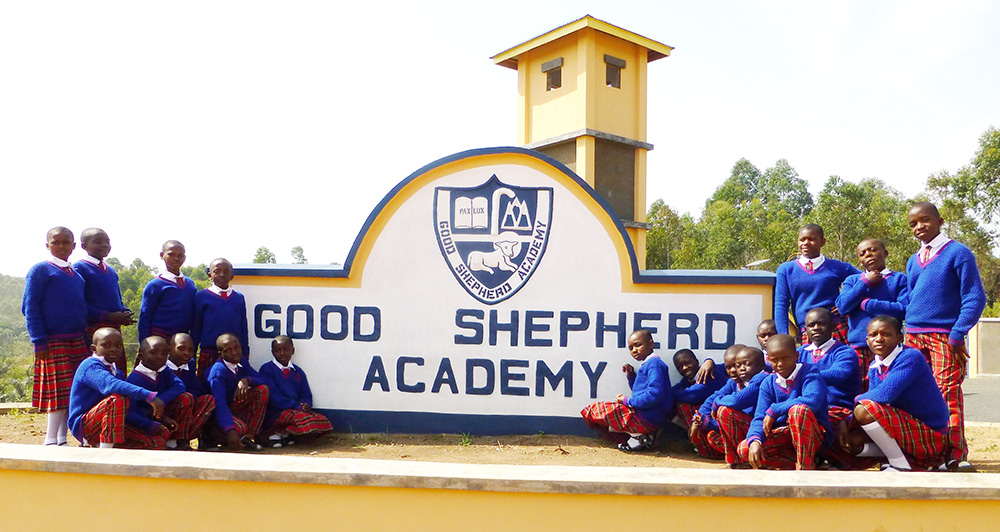 I will never forget the morning of November 5, 2016. The sun shone brightly on a 95-degree day in the hills of Bafut, Cameroon. Blue canopies, five-hundred folding chairs, blue and yellow streamers, paper lanterns, balloons, flowers and a vibrant sound system were all in place as the Cameroonian, American, and GSA flags waved proudly overhead. 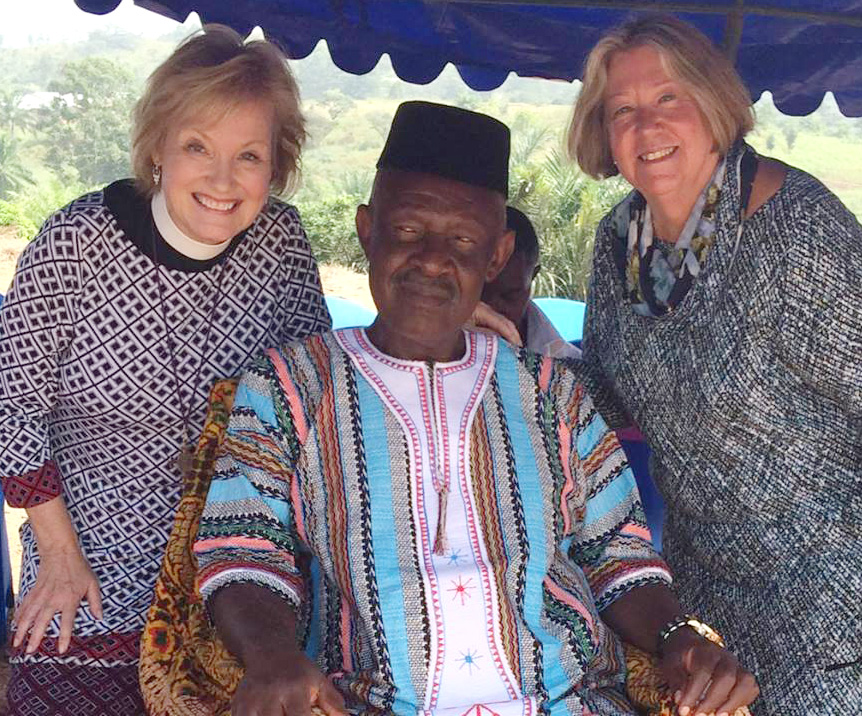 Fon of Bafut, with Elizabth Geitz and Christina Kales

Religious leaders arrived first, robed in ecclesiastical finery. The Fon, or village king, a sacred figure in the NW region arrived next as villagers greeted him with palm wine and a smile, but no handshake which is not allowed. The principals, teachers, and administrative staff arrived next, filled with excited anticipation. Then up the hill from the dormitory came the students in red plaid uniforms complete with the school shield, in single file with big grins and a clear sense of purpose. Sister Jane Mankaa, the Sisters of Bethany, and children of the Good Shepherd Home were all beaming as their long-held dream was becoming reality. Last to arrive was the Governor’s Representative of the NW region with his entourage of body guards and officials. Now the ceremony could begin.

The Good Shepherd Academy choir, in magnificent form after only two months together, led off with the Cameroonian anthem, America the Beautiful, and the GSA song, their young voices soaring angelically to the heavens. Numerous official speeches followed, interspersed by cultural dances and more songs all performed by the impressive Good Shepherd Academy students.

Overwhelming praise and thanksgiving for Good Shepherd Academy poured forth in moving speeches by Sister Jane Mankaa, whose long-held vision led to the establishment of the school; the Governor of the NW Region’s Representative; the Fon or village king; the Principal; the local Chief of Police; the Senior Prefect of the Academy and more. TV crews were in attendance filming the ceremony, followed by interviews. Board member, Christina Kales read a letter signed by President Barack Obama congratulating Good Shepherd Academy on her Dedication. The letter was met by applause and cheers from gathered dignitaries and villagers alike.

Senior Prefect, Shu Favour Sirri stated, “We know there are many children in and around the world who don’t even have a place to stand and study. But your generosity has provided us with this fountain where we study very freely and relaxed. Free from war, racism, xenophobia, stigmatization and many other ills which affect children in other parts of the world. For all these we say a Million Thank Yous!”

Their Dream. Our Mission. YOU are making it happen.