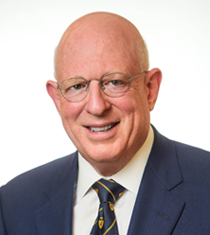 John A. Ross currently serves as an Independent Director and Chairman of the Audit Committee of TPG Specialty Lending, an NYSE listed corporation. He is also a Trustee of Hobart & William Smith Colleges and The Delaware Highlands Conservancy. His working career spanned 31 years, first at The Bank of New York rising to Executive Vice President, and then 10 years at Deutsche Bank serving in various senior executive management roles globally. He was Group Treasurer, President and CEO of the Asia Pacific Region, President & CEO of The Americas, and finally Corporate Chief Operating Officer of the Deutsche Bank Group.

Upon retiring from Deutsche Bank he joined the board of The DBS Group, a major Pan Asian banking group headquartered in Singapore. He served the board for 8 years acting as a member of the board risk management committee and Chairman of the Nominating Committee. He was also Chairman of DBS Bank (China) a wholly owned subsidiary. In the past he has served as a trustee of various civic and financial services industry organizations to include The Metropolitan Opera Guild, The Jewish Museum, The German Marshal Fund of The United States, the Institute of International Finance, and the Institute of International Bankers. He is a graduate of Hobart & William Smith Colleges and The Wharton Graduate School of The University of Pennsylvania.

Return to the Leadership Council