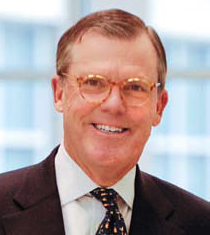 Bill Clarkson has over 30 years’ experience leading independent co-educational college preparatory schools and is steadfastly committed to the highest standards of education.

He previously served as President of The Westminster Schools in Atlanta, Georgia and as Headmaster of The Potomac School in McLean, Virginia. He is a Director of The R. Howard Dobbs, Jr. Foundation and a member of the Board of Advisors of Carney, Sandoe & Associates. Bill has served as Board Chair of the Council for Spiritual and Ethical Education and on the Executive Committee of the Board of Trustees of General Theological Seminary.

He is an Episcopal priest with a BA from Duke University, an M.Div. from The General Theological Seminary, and a D.Min. from Southern Methodist University.

Return to the Leadership Council